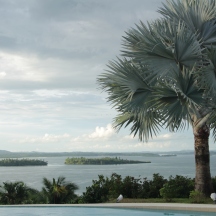 I will capture your precious time as your read along a special tour to a place that became known to the world when the Typhoon Haiyan utterly destroyed this province in 2013. I will be your tour guide for the day and if you plan to visit the Philippines, do not forget to look up and search for Leyte.

Leyte is mostly surrounded by water and geographically speaking, it is one of the reasons why this place can be heavily damaged by natural calamities. This and some other reasons may eventually affect the people’s way of life.

Life in Leyte is simple. You can see the aerial view of Tacloban which is known to be the capital city of Leyte. It is not a big city but it is the doorway to the many treasures Leyte hides in herself. Notice the beautiful tree planted between those two bodies of water, a pool and the sea. You can always escape to a fresh and beautiful scene where you don’t need to spend your precious gold. You only need extra hours to do that. Look at the bridges. It is not always made of metal or cement but of bamboos and other special trees. You will experience movements while you walk like those of the hanging bridges in the forests. Dip yourself in the water if you must and savor the splendidly cool sea water. Hear the laughter of the kids while they row their small boats as they enjoy their time while it lasts. Pass a bumpy road on a motorcycle and you won’t even notice that your hair is already full of dust. In a way, it is not at all that bumpy but it is in some area. In addition, do not forget to smell the morning breeze with an aroma of freshly plowed rice field. You will love it.

Close you eyes and imagine all these. You will suddenly forget the noise from the bustling city. Linger onto that for an instant before you slowly turn you worktable upside down.

Like in many scenarios of the sunrise, the sunset, the sea, a sleeping animal, a beautiful mountain view and the like express such details of silence in it’s vivid form. Yes, they all do and I cannot disagree with that, however, I will try to take away your silence or mine in a different way.

Sometimes in our lives, we seek for silence we do not know where to find. The moment we face something unwanted, we face the nature where we can find the pleasure of the serenity it gives us. But, it is only for a moment. When we feel tired, where do we go? Of course, we bump our heads to the softest pillow we have and wait until we get ourselves to rest. Then, we achieve silence amidst our rest. Others find them in doing active sports that would really take their breath away. And they feel a sudden rush of peace. I can only imagine because I cannot put myself in such trauma while having fun. For all that matters, have you ever tried finding it on the roads or paths you take? I mean literally. 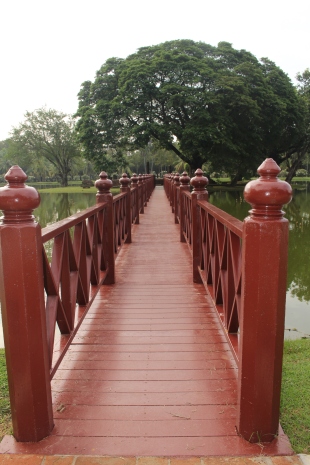 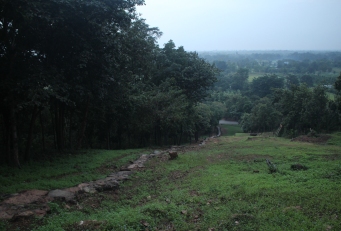 I am showing photos from different trips I had. The bridge seems narrow but if you have the courage and strength to cross it, you may get to where you wanted to be in the first place. The trail up a hill may take you quite sometime to reach the top but with perseverance you will eventually get there. And a pathway underneath the trees may give you some troubles along the way, like seeing a crossing reptile or an ugly ape. If you don’t mind them, they won’t bother you but do not forget to run whenever it’s needed. Just run for safety. For sure, you’ll get there.

Crossing that bridge with courage and strength, taking that trail with perseverance and going through that pathway needs only one thing – a moment of silence. It is in this point that we stop and listen to our heartbeats and when we’re ready we take that big step we can never imagine. We only need a moment of silence.

2016 is almost at its end of trail and before I reach the final trail, I want to look back at how this year has been for me.  Some people may have prospered a lot in 2016 – all praises to God for His providence. Others may have stayed the same and wasn’t able to find what they wanted in their lives – keep searching, doors may open soon.  But, for me, 2016 has been a diverse year.

At the first quarter of the year, God blessed me with unexpected blessings.  I was given an unexpected favor at work.  I advanced to a higher position in my workplace.  I must admit, it felt good having been recognized as a good example among other foreign teachers.  I did my job well.  On top of that, I was given a salary raise.  It was not that much but it made me happy.

Then, I was able to travel with my family.  One dream accomplished, although, I am looking forward to more travels with them.  We went to the place where my best friend, ate Dexie, and I planned to go.  So I let her come along with us.  Must I say, two dreams accomplished in a row.  I am thankful to God for allowing us to experience beautiful things while we still can.

Unfortunately, it didn’t go well on the third month.  Ate Dexie got sick and became very ill.  I had to bring her to the hospital.  Thailand hospitals were never a good experience for me. I felt repulsive at some staff and doctors where communication was always the problem.  At an emergency room of one of the famous public hospitals in Pathumthani would never accept patients without fever, cut or bruise.  It was disappointing when you cannot explain what you really need to explain.  And with my little knowledge in speaking Thai, did not help explaining to them that Ate Dexie needs immediate aid because according to them her vital signs were all normal.  Goodness!  That time, she haven’t had eaten for a day and you call it normal!  To hell with vital signs – the person was not at all in her USUAL state!  Excuse the language.  So, I decided to bring her to an expensive hospital.  One night stay was worth a lot and we had to borrow money so she could be checked and be taken cared of.  They did endoscopy and biopsy altogether.  After seven days of waiting for the final results, the doctor only confirmed that she had cancer and it was malignant but he didn’t know what stage and what to do next.  She was recommended to see another doctor.  And then again, I was disappointed.  Doctors are supposed to be life savers but it was not like that at that time.   So, I had to encourage her to go home and do further check-ups in the Philippines where communication was never a problem.  We were thankful to our church pastors; Pastor Gutlay, Pastor Pran and members of Grace Baptist Church, Suanprigthai, Pathumthani for being an encouragement at that time and also for giving out financial support to her.

It did not end there, though.  I had encountered a lot following that.  After knowing her real condition, which was gastric cancer (stage 4), I had to do something to help her.  I had to sell our important things and I had to raise some funds to help her in her medication.  Doing it alone was not easy.  I asked help from my, her and her sister’s friends’ list in Facebook but few have responded.  I cannot complain because it was a matter between life and death.  All I knew was to do what I can do to help her.  Few months before the third quarter ended, I decided to go home and visited her.  I wanted to tell her that I would always be there for her.  I wanted to show her what it’s like to have a real friend – wondering what it would be like when it’s my turn to be on my deathbed.

Entering the fourth quarter was the hardest.   I had lost one of the best people in my life to cancer.  I lost one precious stone that cannot be replaced.  I will always treasure her as one best part of my existence.  This experience has changed many perspectives in my life.  How am I right now?  I would always say, “I’ll be fine,” but, seriously, I have to overcome the greatest fear I have – losing people in my life.  I am not fine but I will be – in time!

Unexpected things happen and it is not easy to accept these unexpected changes whether it is good or bad.  I may leave the footprints of 2016 behind but I am hoping I could immediately let go of the crucial things that happened to me this year. I am sad of losing my best friend but I know that we will meet someday in Heaven.  I just have to learn to accept this lonely stage of life.  I am blessed I still have my family and praying that God will grant our wishes as a family.  I expect more challenges in 2017 as I place in my heart the happy and hurtful things in 2016.  I hope God will give me more courage and strength to face my life’s battles fearlessly and fiercely as I say BON VOYAGE 2016. 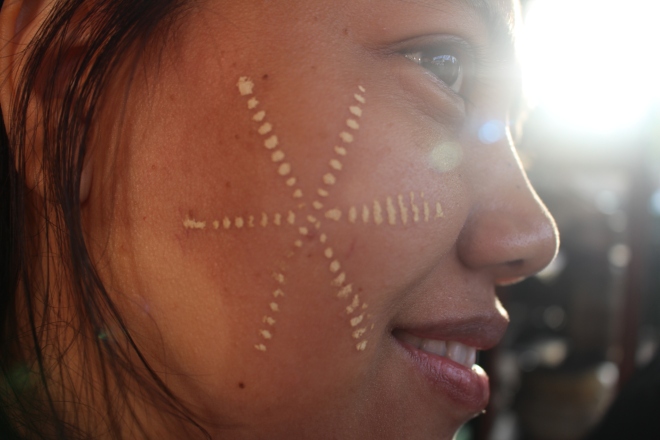 looking forward to a Prosperous 2017 (Kanchanaburi-Dec2016)

This work is licensed under a Creative Commons Attribution 4.0 International License.Unauthorized use and/or duplication of this material without express and written permission from this blog’s author and/or owner is strictly prohibited. Excerpts and links may be used, provided that full and clear credit is given to Christine Grace Arceno with appropriate and specific direction to the original content.